Our blog is a wealth of local commercial real estate information, covering everything from local market statistics and recent transactions to new business developments and press releases.

Summit Truck Group, which purchased Wiethop Truck Sales in Cape Girardeau two years ago, has announced plans to relocate the dealership from Independence Street to Rambler Drive, just off Nash Road south of the city. Summit reportedly plans to occupy a 19-acre tract and remodel an existing 25,000-square-foot building formerly occupied by SEMO Ready Mix, converting the property into a paved truck sales lot, a parts store and a driver lounge. The newly acquired site will enable the dealership to expand its operation and provide for easier access to Interstate 55. No sales price was disclosed, but the Lorimont website showed an asking price of $1.3 million.

Tom Kelsey and Chris Cole, both licensed brokers with Lorimont Commercial Real Estate handled the transaction. Cole said Summit's current location at 2350 Independence St. is still owned by Wiethop. "I have been told they will try to sell it," he said. 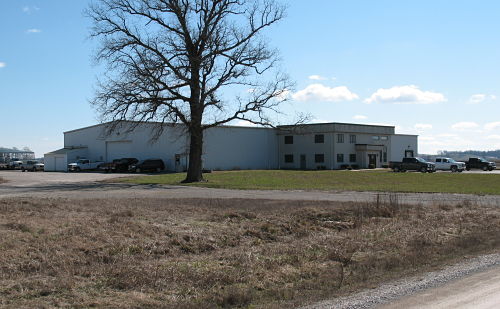 Summit, based in Lewisville, Texas, they operate 26 commercial truck and bus dealerships in Arkansas, Kansas, Mississippi, Missouri, Oklahoma, Tennessee and Texas. Summit Truck Group is the largest International Truck dealer in North America and also represents and services Volvo, Mack, Isuzu commercial trucks, and Crane Carrier specialty vehicles at select locations. With a 72-year combined history, their team of sales professionals assures that you have the right specifications for their customers.  OEM trained and ASE-certified service technicians take pride in delivering efficient and professional customer service..

A Cape Girardeau rice producer has acquired 12 acres of industrial property along Nash Road with the intent of building a rice processing plant for his crop, as well as the crops of other rice farmers in the region.

Sam Schneider, founder and owner of Inland Cape Rice Co., said he hopes to break ground for the rice mill by late summer and be operational in early 2022.

Schneider is a second-generation farmer whose father, Joe Schneider, began growing corn and soybeans 35 years ago. Starting about five years ago, the father-and-son team began planting rice on several hundred acres near McClure, Illinois, that is well suited for rice cultivation because of its susceptibility to flooding and high moisture content.

"Since I started farming, all I've ever known is floodwater, and rice does really well in aquatic environments," Sam Schneider said, explaining how he and his father converted their farming operation to rice.

In 2019, the Schneiders started Inland Cape Rice, a rice brand available at more than 100 grocery stores, including several Dierbergs locations in the St. Louis area, as well as on Amazon.com and on the company's website, www.inlandcaperice.com. The Schneiders are also in conversations with Schnuck Markets about adding Inland Cape Rice to shelves in the Schnucks grocery chain.

According to Sam Schneider, there are only a couple of rice processing facilities in Southeast Missouri, both located in the Bootheel area. Inland Cape Rice's processing plant would not only be able to handle the Schneider rice production, but also rice grown elsewhere in the region, which could then be shipped on I- 55 or through the nearby Southeast Missouri Regional Port.

"It will depend on how much we decide to automate the facility," he said.

"The project, in a nutshell is we want to add value to our acres and add value for the other farmers in the area, as well," the younger Schneider said, and acknowledged the guidance and assistance he has received from others.

"I'm somewhat of a new guy on the block," he said. "As a 29-year-old, there are a lot of guys that are twice my age that have helped me a lot and I definitely couldn't do this without some of the people who have helped us learn how to grow rice."

A commercial building located at 818 Broadway in Cape Girardeau has been sold according to Chris Cole with Lorimont Commercial Real Estate who handled the recent transaction.  The building was formerly occupied by Broadway Biergarten.  Chaffee, Missouri-based D Duncan Floristry & Boutique has purchased the ornate brick structure with plans for an additional location. The boutique's co-owners, Dustin Duncan and Justin Scheper, plan to remodel the building this spring and open a floral and gift shop there in time for Mother's Day. 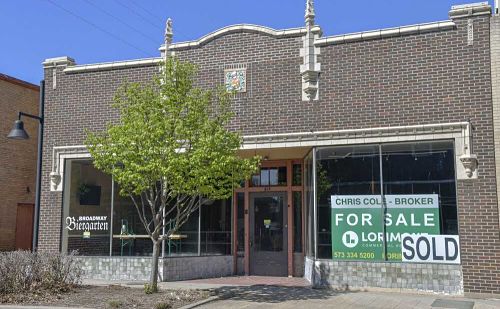 Duncan and Scheper opened D Duncan Floristry & Boutique in Chaffee in January 2020 featuring unique floral designs, seasonal apparel, home and seasonal decor, custom gifts, beauty products, gourmet snacks and a signature line of 100% soy candles. Similar products and services will be offered at the Cape Girardeau location. Pending city approval, they also plan to have an interactive floral "bar" design studio, where clients can watch their floral gifts being created while enjoying a glass of wine, beer or a cocktail. DS Land LLC, co-owned by Duncan and Scheper, purchased the building from GGI Resiliency LLC. The transaction was finalized last week according to the Lorimont broker.

Automation and Control Specialists to Relocate to Nash Road

The company works primarily with industrial and manufacturing companies to design and implement all types of custom automation processes. Their expertise includes providing solutions to packaging, conveyance, bag houses, screening, crushing rotary kiln drying fluid bed dryers industries throughout the region and the country. Scott Cauble, president of the company started several years ago in this specialized design and service industry and the business has grown to the point that a new facility was needed.

The property purchased included a small office building along with property large enough to construct another industrial building to expand the company.  The location is just off Interstate 55 at the Nash Road- Regional Airport interchange and had been leased for several years to Nestle for a distribution center for the region.  Kelsey said he understands the new buyer will immediately occupy the offices and begin construction on the new industrial building within the next few months. 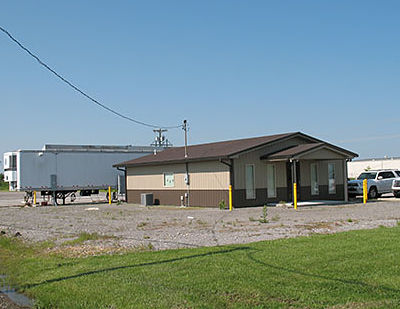 Lorimont Commercial Real Estate is pleased to announce the sale of 12 acres directly east of the Rhodes Travel Center along Nash Road. The site is going to be used for a new plant that will purchase and process rice. Tom Kelsey, who handled the sale of the property said he expects the buyer, Inland Cape Rice Company, to make an official announcement on the specific scope of the agricultural plant construction project along with the projected jobs creation and other details in the very near future.

This new industry is located within the Gene Rhodes Industrial Park in Scott City. The sellers of the industrial land were Rhodes Real Estate Partners, who have developed the industrial park over a period of 30-plus years. The new project will be within the city limits of Scott City, who will provide utilities, fire and police protection. 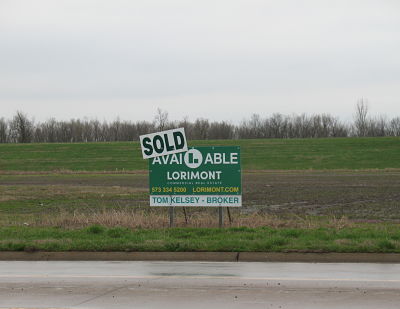 The site is very near Interstate 55, the regional airport, two railroads and the SEMO Port Authority, which were all factors in the ultimate selection of the site. The Lorimont broker says his brokerage company has similar commercial and industrial sites in the industrial park available for purchase. 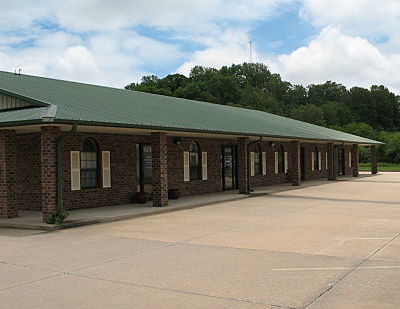 Lorimont recently sold the ready mix company's former industrial building and offices at 403 Rambler with 19 acres, just off Nash Road in the Greater Cape Girardeau Industrial Park. The ready-mix company has concrete plants throughout middle Missouri, including several in Southeast Missouri and northern Arkansas.  This office will be the administrative operations offices for this region.

The brand new development on South Mount Auburn has five tenant spaces according to Kelsey who handled all of the available lease space transactions. Each new space has been a “build to suit” for the incoming tenant and provides a design and size that provides a customization for each business.  The Lorimont Broker said there is just one space remaining of 1,660 square feet. 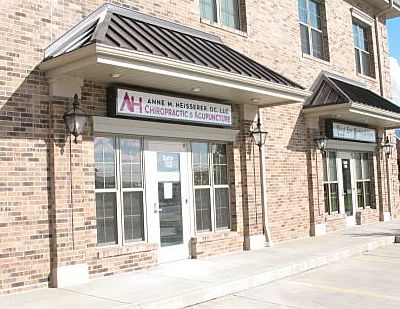 Tom Kelsey, broker with Lorimont Commercial Real Estate confirmed Deal Bins would relocate their store to the Town Plaza Shopping Center at 2136 William Street. The expanded space is 7,000 square-feet and will allow the discounter more space for product display in their untraditional shopping concept. 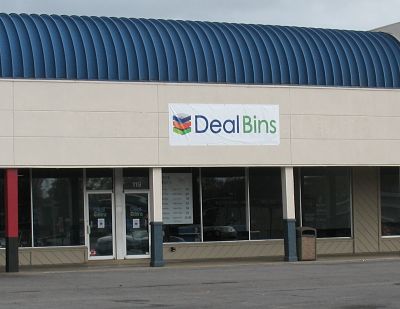 Deal Finders, began in Cape Girardeau several years ago and eventually became Deal Bins and is a unique discount department store. Their objective is to offer amazing discounts on a variety of products including apparel, housewares, furniture, toys, electronics and sporting goods. New inventory arrives almost daily so there are always new merchandise deals to be found.  Inventory is discounted daily from Friday through the following Thursday. Prices start at $6.00 per item on Friday and steadily reduced each day thereafter. Any remaining items from the week are reduced down to .50 by Thursday. Restocking takes place on Thursday evening and the process begins again on Friday. The store generates bargain hunter customers from the entire 5 state region according to the owners. Kelsey said the space was formerly occupied by many years by Tuesday Morning, although several short-term tenants have occupied the space. The retail space is located next to Rosati's Restaurant. He said they are now open for bargain business.

Tom Kelsey, broker with Lorimont Commercial Real Estate confirmed that his real estate company had completed a sale with Golden Rule Insurance Company. The location was occupied by the transportation company for several years and provided van services to the St. Louis and Memphis airports.Kelsey said the company closed earlier this year and the high traffic and visibility location was offered on the market for sale or lease. 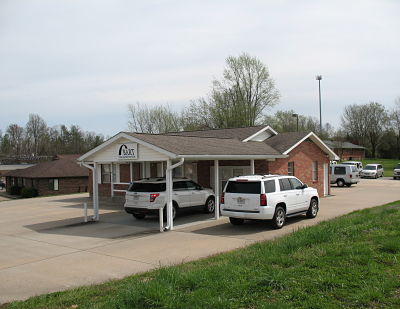 The new buyers will relocate from 2102 E. Jackson Blvd where they have been located since 2012.The independent insurance agency sells a variety of insurance products including home, auto, life, health and commercial lines and is owned by licensed agents, Grady Gamble and Greg Rogers. They are endorsed by Dave Ramsey, a popular financial advisor and national talk show host. Kelsey said the buyers intend to do some major renovations to the existing office building and move in within the next several months. No sales price was disclosed, however the lorimont.com website showed a listed price of $224,900..

Posted in Acquisitions, Jackson
no comments yet 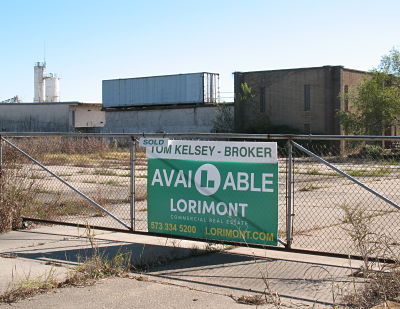 A Sikeston based company is expanding its operations here. Kevin Presley Enterprises will soon relocate to a new facility at 830 Roth Street in Sikeston. The company has been in the food container business since 1997 and provides a wide selection of prior used containers ranging from 15 to 275 gallons. Tom Kelsey, commercial broker with Lorimont Commercial Real estate in Cape Girardeau handled the recent real estate transaction. The new facility located at 830 Roth Drive includes multiple industrial, shop and office buildings totaling 47,317 square-feet located on 8.7 acres of land. The property was originally constructed by Headrick Concrete Products and most recently occupied by Nova Brick and Semo Ready Mix. Presley was in need of a larger facility for their extensive growing container refurbishing business originating in the Sikeston area. Kelsey said Semo Ready Mix, the seller in the transaction will continue to operate a concrete batch plant on an adjacent site to the property sold. No sales price was disclosed, but the Lorimont website shows an asking price of $150,000 for the property.