Krispy Kreme to Locate on William

At long last, Krispy Kreme will officially be bringing its signature doughnuts to Cape Girardeau.  Tom Kelsey, commercial broker with Lorimont Commercial Real Estate, who handled the property sale, confirmed the real estate transaction has been recently completed. The location will be directly east of the El Torero Mexican Restaurant at 2136 William Street.  The site is considered an out lot of the Town Plaza Center and according to Kelsey was purchased by Krispy Kreme from Greater Missouri Builders in St. Charles who owns the neighborhood center.

Eric Schneider, the Krispy Kreme franchisee based in Marion, Illinois, has been working with the city of Cape Girardeau on building plans and site layouts for the last several months and with the completion of those details is ready to move forward to immediately begin constructing the building on the lot. 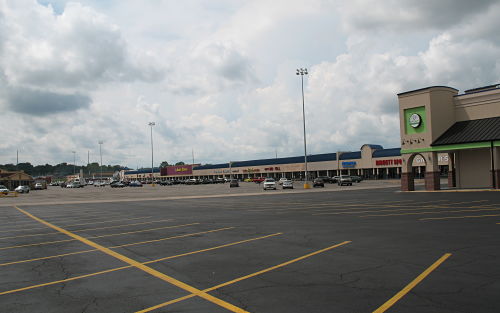 The company operates a Krispy Kreme store in Marion, and the Cape Girardeau location will be their second franchise location.