Blue Sky Community Services helps adults with developmental disabilities build and support life skills, and this summer, will bring services to Jackson.  The former Jackson Church of the Nazarene at 2245 Old Toll Road in Jackson will house the newest Blue Sky facility.

Owners Kevin and Cheryl Smith said the Jackson location is necessary, as the two Cape Girardeau facilities are full, and about 20 of the organization's consumers live in and near Jackson.  "That frees up 20 more openings here," Cheryl Smith said. "It'll really help." 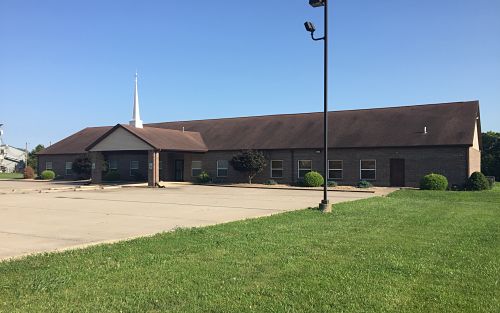 Blue Sky brings in consumers from all around the county, Kevin Smith said, and that can mean up to an hour riding in a vehicle. "That will make it simpler," he said. And, he said, "Jackson is really embracing us."

At the Feb. 20 Board of Aldermen meeting, a public hearing on a proposed special use permit for the building on Old Toll Road brought no opposition, but plenty of support from family members of some of Blue Sky's consumers.  At the Board of Aldermen hearing, Kevin Smith thanked supporters, and gave more details on services offered.

The special use permit application was approved unanimously. The facility required a special use permit because 2245 Old Toll Road is zoned R-2 single-family residential, and a service and training facility for individuals with disabilities isn't an automatically approved use for a building in that zone, according to city documents.

Storey Management Group general manager Kristy Hamlin said the company purchased the building on Old Toll Road, and expects to meet with state officials soon. "Hopefully plans will be finalized within the next couple of weeks, and we'll get started on renovations and have them moved in this summer," Hamlin said.

Cheryl Smith said the planned renovations include adding some meeting rooms and bathrooms to the former church.

Hamlin said Storey Management Group members met the Smiths a couple of years ago, when they were looking to expand services into Sikeston, Missouri. Then, a year ago, Storey worked with Blue Sky on the expansion into the second Cape Girardeau location, Hamlin said.

"They're really good tenants. We really believe in what they do, and like what they do. They're providing an amazing service," Hamlin said. Stacey Storey, real estate agent with Century 21 Ashland Realty, represented her family's business in the purchase.

Chris Cole, broker-owner of Lorimont Commercial Real Estate, handled the sale on behalf of the seller, The Missouri District Church of the Nazarene.